In the 1950‘s Miss May Ivison, together with other community-minded people formed the Hampton Advancement Society that subsequently became the Hampton Community Welfare Society, fore runners of what would become the Hampton Community Centre. Concerned at the lack of recognition of community needs in Hampton, Miss Ivison stood for, and was elected to the Sandringham Council. She was the first woman to be elected to the Sandringham Council and the first to be appointed Mayor during 1967/68 and 1973/74. She successfully campaigned for the construction of a Community Hall in Hampton and in 1966 the Community Centre was opened. While Council provided funds for the building, it was left to the Committee of Management under the dynamic leadership of May Ivison to raise the necessary funds for fitting it out.  This started an extensive program of fundraising through street stalls, a Community Arts Festival and many craft shows, exhibitions. During this time a growing program of welfare services was developed. The management of the Centre was undertaken entirely by Miss Ivison and her large band of volunteers and this community effort continued for almost 20 years. After Miss Ivison’s death in 1979 a new Committee of Management was established in 1980 under the chairmanship of Mrs. Peggy Taylor and trusteeship of Dr Fred Appelbe, Cr Lesley Falloon and Mr. Graeme Disney.  This voluntary work continued until 1986 when the workload required the employment of professional management. Consequently, after a year of voluntary service a government grant was obtained to employ Marian Trevallyn and Ronnie (Veronica) St Clair for ten hours per week, although they continued to work almost full time. Under their leadership the programs of the Centre were progressively developed and the facilities were extended by the construction of the Eastern Wing.

In the early 1990‘s the Community Centre was funded in part by the Neighbourhood House Program and the newly formed Bayside Council. Increasingly it became difficult to attract the voluntary services of community members which necessitated an increasing use of professional leadership and support staff at the Centre. The Centre’s aim is to provide low cost activities and programs for people in the local community.  Today the Hampton community has a broad range of programs and self help groups.  The centre provides facilities for the local community to enjoy and gain some benefit from social interaction, attending programs and learning some new skills. Funding for the running of the Centre comes from a variety of sources including Bayside City Council and Department of Human Services (Neighbourhood House Program).  Independent groups are able to hire various areas, which help broaden our activities and provide an income for the centre.

(Fairway Hostel 17 Feb 2014) Hampton Advancement Society pushed for HCC hall to be built by Bayside City Council. Members of HAS were Peg Taylor, Peg Andrews, Graham Disney and May Iveson. Peg and a large number of community members all volunteered their time to help run the many groups who used the hall including Lunch club, intellectually disabled group Day Centre on Thursday, Craft group on Wednesday, Health and Podiatry Clinics, Men’s Bowling Club, and Garden Club and craft markets. Ballet group also used the hall, but the hall was otherwise not let out. To quote Peg, “I want HCC to stay and to remain as it is. I like the lovely garden area and it is wonderful for young mothers to come straight in to the centre and to have a playground for their children. Fighting for our heritage, the foreshore and current facilities is important that we have these remain for the future of all our community. It would be dreadful to move and the kids would have nowhere to play.” 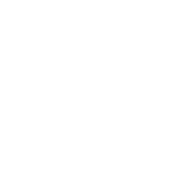 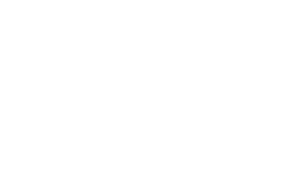